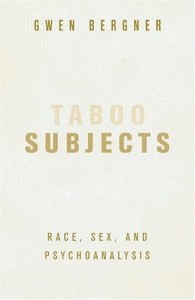 Book Description
In American literature, a traumatic scene of racial and sexual awakening – frequently involving photographs, mirrors, or acts of witnessing – often precipitates a character’s “discovery” of racial identity. Similarly, in the annals of psychoanalysis, notions of self and sexual identity often arise from visual trauma such as the mirror stage and primal scene. Noting this parallel between specular births of racial and sexual subjectivity, Gwen Bergner uses a comparative analysis of psychoanalytic theory and American literature to develop a theory of racialization – the process through which individuals assume an identity as black or white. Examining the primal scenes of double consciousness in works by Frederick Douglass, William Faulkner, and Toni Morrison, among others, alongside the formative visual traumas of psychoanalytic theory of Lacan and Freud, Taboo Subjects reveals how literature disrupts psychoanalysis’s conventional models of race and gender identification, forcing a reconfiguration of many foundational psychoanalytic texts. And from psychoanalysis Bergner derives a critical vocabulary for theorizing racialization as it intersects with sex and gender, for both black and white Americans.

About the Author
Gwen Bergner is associate professor of English at West Virginia University. She is a contributor to The Psychoanalysis of Race and Frantz Fanon: Critical Perspectives, and served as coeditor of Critical Matrix: The Princeton Journal of Women, Gender, and Culture from 1991 to 1993.