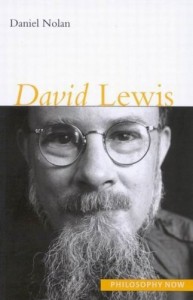 Book Description
Could our world be just one of an infinite number of possibilities? Beginning with his fundamental work on possible world theories, David Lewis’s thinking provides a comprehensive philosophical system that answers a broad range of questions in metaphysics, philosophy of mind, philosophy of language, and philosophy of action, among many other areas. Daniel Nolan skillfully illuminates the intricate connections between Lewis’s seemingly disparate works in a book aimed at a general philosophical readership while also providing a unified overview of the many contributions Lewis has made to contemporary Anglo-American philosophy.

Nolan examines Lewis’s metaphysical picture – one of the areas where he has had the greatest impact and also the framework for the rest of his theories – and discusses Lewis’s important contributions to the philosophy of mind, language, and meaning as well as exploring some of his work in decision theory, metaethics, and applied ethics. Nolan concludes by focusing on Lewis’s distinctive philosophical method, which combines naturalism with common-sense theorizing and is perhaps one of his most significant legacies, to illustrate why Lewis has become so central to many areas of philosophical inquiry.

About the Author
Daniel Nolan is lecturer in philosophy, University of St Andrews, and the author of Topics in the Philosophy of Possible Worlds.